China is a mountainous country, with hilly areas accounting for about two-thirds of the country’s land area. China is mainly located in the East Asian monsoon region with a wide range of rainstorms. The monsoon climate determines the uneven distribution of rainfall throughout the year, and the flood season is highly concentrated. Flash floods caused by heavy rainfall occur most frequently and cause great harm. The hydrological automation monitoring system integrates data collection, transmission, analysis, and alarm. It realizes timely and accurate uploading and distribution of early warning information, so that potential affected areas can take timely measures to minimize personnel and property losses. 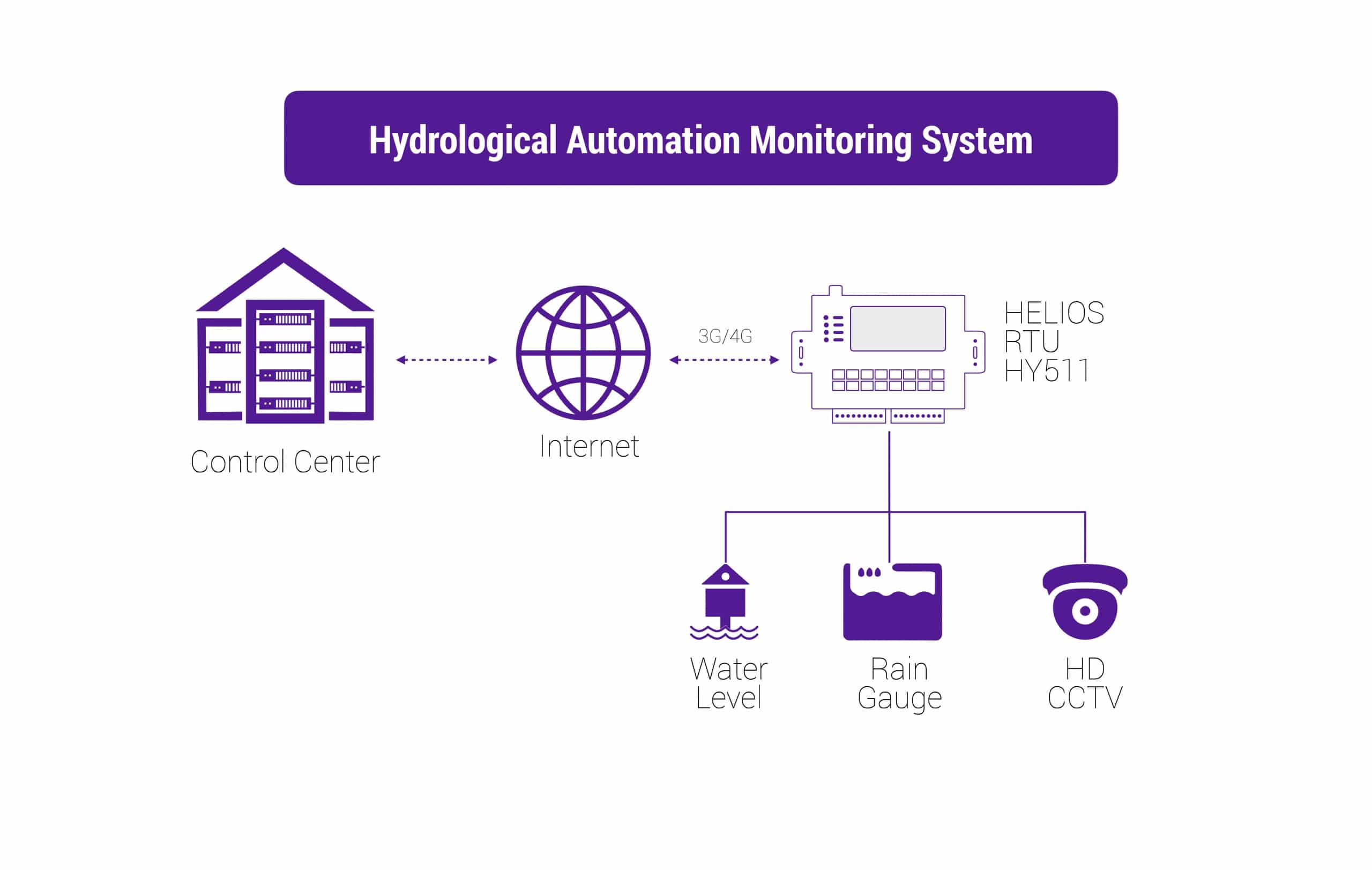 Compatible with various types of water level, rainfall, displacement and other measuring instruments or sensors.

A variety of measures such as lightning protection, rain protection, moisture resistance, and input signal isolation are adopted to ensure that the equipment is safe and reliable.

Can be connected to HELIOS water and rain or mountain flood disaster monitoring and early warning system software platform, as well as configuration software or software systems developed by users.

By sorting and analyzing the basic data in the system (including rainfall, water level, discharge, displacement and other data), various types of correlation analysis charts are generated to visualize the results of task completion. Statistical analysis results can be used as data sources for leadership inspections, command analysis, and government reports.